I have always found it very difficult to walk past a lavender bush without running my hands through the foliage. The oils are so pungent that I can smell them on my hands for the rest of the day. In fact, strangers probably think I’m crazy, walking down the street holding my hands to my nose. But that is the power of lavender! Of course, the foliage and the flowers are also reward in themselves. 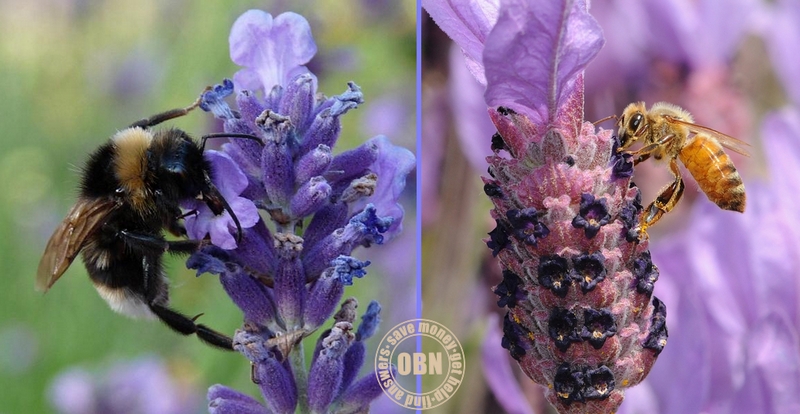 Lavender has been popular since early Roman times, possibly earlier. The Romans are known to have used lavender oil as a lotion, a perfume, in their baths, for cooking and as a medicine. They even preferred to dry bedding over growing lavender so that the perfume infused into the sheets. (Lavare is the Latin word for ‘wash’!)

Lavandula, the herb we call lavender, is a part of the mint family. There are 39 known species of flowering lavender. The genus is native to Southern Europe, North Africa, the Eastern Mediterranean and South East India.

Today, lavender is grown in many parts of the world, both as an ornamental plant and for commercial purposes. Perhaps the greatest commercial use is for the production of lavender oils. However, both fresh and dried cuttings are used in cooking, decorations, and in items such as potpourri.

Historically, France has been the world’s largest commercial harvester of lavender. Images of the lavender fields of Provence are well known. However, France has serious competition from countries like the USA, Australia and more recently, China, where substantial plantings have taken place.

In this post, I will only cover the three main types of lavender:

English lavender (Lavandula angustifolia) – also known as common or true lavender. This evergreen is possibly the most aromatic variety. It grows as high as 2 m, with leaves up to 6 cm long and 6 mm across. The flowers are a soft pinkish – purple (lavender) sitting on spikes up to 8 cm long. It’s typically used in the production of potpourri and oil.

Italian lavender (Lavandula stoechas) – an evergreen shrub growing to a metre in height with a spread of around the same dimension. This variety flowers in late spring and early summer with lovely pink to purple spikes on slender, leafless stems. Each flower has two brilliantly coloured ‘wings’. In Australia, where I live, this variety has become a noxious weed in some areas. I will discuss this in more depth later.

French lavender (Lavandula dentata) – strangely, a native to Spain. This variety, so named because of its fringed leaves, grows to about a metre high with a similar width. The branches are very upright and woody. The foliage is a lovely silver grey, with the flowers tending to be more blueish, however both pink and white flowering varieties are common.

Growing lavender in your garden

If you have grown lavender successfully in the past, you could be forgiven for believing that it is an easy plant to grow. In fact, out of its native environment, it can be quite fussy. In particular all lavenders like to be kept to dry . A simple way to kill a lavender is to overwater it. Humidity can also be a problem.

Ideally, lavender prefers a sandy, alkaline environment. A simple solution, is to grow the lavender in pots. Alternatively, form a raised rock garden using a light, sandy soil. Use companion herbs such as rosemary , sage, thyme, oregano and even geraniums for a stunning effect. Throw in a couple of Agave Attenuata for drama 🙂 All of these species can tolerate dry and even drought conditions quite well and all are pest resistant, making for a very low maintenance garden.

Lavender is grown commercially in Western Australia, Victoria and Tasmania and possibly other states. As a garden plant, it can be grown everywhere other than coastal central and northern Queensland, where the humidity is typically too high. Recent strains such as Bella, Bee and the Baby series are said to tolerate high humidity, so could be tried in these areas.

Many parts of the South Island are well suited to lavender. High rainfall and humidity could be a challenge in many parts of the North Island. Check with your local nursery as they may well have varieties selected for local conditions.

This, of course, is the home of lavender so all varieties should grow well in these areas. The caveat remains, that too much water in any location will kill your lavender.

Most of the lavenders are a perennial down to Zone 7 and even down to Zone 6 in sheltered conditions. In Zone 5 and below, treated as an annual or bring pots inside in winter.

All the lavenders should do well as perennials in Zone 8 and above. English lavender could be treated as a perennial as low as  Zone 5. As always, the sunnier the position, the more likely your success.

If you live in a state with high summer humidity, such as Florida or Louisiana, look for adapted cultivars at your local nursery. In Zones 6 and below, treat your lavender as an annual unless you are prepared to greenhouse it over winter. If planted in a sheltered, sunny position, heavy mulching in mid autumn may allow outside plants to survive.

Unfortunately, I don’t know enough about these areas to be able to write with any confidence. Even so, it is very likely that lavender would do well in many areas.

* Any plant taken out of its natural environment has the potential to become a weed. Natural predators and other controls, such as cold winters, are left behind, leaving the plant to run rampant. Australia is a land plagued by imported fauna and flora. Something that looks spectacularly beautiful when you are on vacation may well be a declared noxious pest where you have your permanent home. For this reason, it is always worthwhile taking all cuttings locally or purchasing plants from local nurseries.

In the next post, I’ll write about the many uses of lavender oils and fragrances around the home. I hope today’s post has encouraged you to grow lavender. It is a beautiful, rewarding plant. If you have any thoughts or suggestions, or any questions that I may be able to answer, please use the comment box below.

Thanks for joining me.

How to Care for Indoor Plants in Winter

How to Create a Moonlight Garden

How to Turn a Tree Stump into a Beautiful Planter

Stop searching for new ideas… get them delivered to your inbox every Sunday!

Our deal of the day!