The Best Smart Sprinkler Controllers for Your Lawn and Garden

Watering the lawn tends to be wasteful when done with a hose in one hand and a beer in the other. But simply turning on a sprinkler can be even more inefficient. Maintaining a thousand square feet of grass requires 620 gallons of water each week. A sprinkler will often use more than that.

The flipside of this extravagance is runoff. Runoff from sprinkler systems contributes to the 850 billion gallons of water we waste each year. Most of that wasted water ends up in sewers.

But don’t worry. You can keep your yard green without wasting water. Smart sprinkler controllers connect to the internet and use real-time weather data to adjust the frequency of watering. They don’t overwater your grass when it rains – or water too little on dry, hot days.

Below you’ll find the best smart sprinkler controllers on the market. One critical factor sets them apart from the rest. Each of these controllers allows you to fine tune your watering adjustments to minimize waste.

The Rachio 3 Smart Sprinkler Controller doesn’t offer much by way of hardware. That’s a good thing. You can choose between an 8-zone and a 16-zone version of the controller. Both support 5GHz Wi-Fi networks.

Because the hardware is streamlined, setup is a breeze. You won’t need a small screwdriver to install the latest version of this device. Just pop off the cover and use your fingertips to slide the wire leads into the connectors.

Once the leads are connected, just plug it into a socket and pop the lid back on. You complete the rest of the setup through the app.

The Rachio 3 provides simple plug-and-play functionality for a beginner. But you can fine-tune it with enough advanced settings to satisfy a master gardener, too.

Rachio’s Weather Intelligence Plus feature allows hyperlocal forecasting. This makes watering so much more efficient. You can give the device complete control over watering by choosing “Flex Daily” or “Flex Monthly” schedules. These modes will water as needed.

But you can also establish a manual schedule that waters only when you want. You can even determine just how much wind or rain is required for the device to skip watering.

Meanwhile, Rachio’s Wireless Flow Meter detects water leaks in your irrigation system. The app shuts down the water supply to any affected zones when it detects a leak.

The Rachio 3 works with Amazon Alexa, Google Assistant, and Apple HomeKit, among others. But we like that Rachio allows you the option of using the device’s onboard controls, too. The manual-run buttons are discreetly built into the Rachio emblem on the controller.

The Orbit B-hyve XR Smart 8-Zone Sprinkler Controller doesn’t look as sleek as the Rachio 3. In fact, the XR looks resolutely industrial in comparison. The device is large and heavy at nearly four pounds and is encased in somber gray plastic.

Remove the front panel and you’ll find a row of connectors that support eight valves. The valve leads attach via simple wire clips. Some reviewers have noted that you need to insert the leads with some force to ensure they hold.

The device includes no external power brick. The transformer is built into the main housing, instead. That in part explains the size and weight of the Orbit controller.

Once powered, you’ll notice the built-in LCD screens. The micro-displays give you some basic information about your system.

These include the current weather and the time and date of your next scheduled run time. You can use the app to connect the system to Wi-Fi.

Orbit’s XR sprinkler controller offers many of the same features as the Rachio 3. The XR boasts smart scheduling, a nice app, and an innovative design. It’s also WaterSense-certified and has basic controls on the device itself.

Like the Rachio 3, the XR works with Amazon Alexa and Google Assistant. But it does lack some alerts and its app isn’t as good as that of the Rachio.

Taken on its own, the XR is certainly a contender in a market full of less worthy rivals. It works with the most popular smart home systems and will schedule your sprinklers based on the weather.

Our final verdict? The Orbit B-Hyve XR controller is worth your consideration as a capable but not-quite-as-good alternative to the Rachio. The device commands good value for its price – but not an excellent one.

The RainMachine Touch HD 12 is the only sprinkler controller on this list that comes with a paper template for drilling. The template tells you where to drill holes to attach the controller to the wall.

Setting up the RainMachine might take you about an hour. To install the device, you can simply remove the old wires from your previous sprinkler and plug them straight to the device.

From there setup is a simple matter of turning the controller on. The system boots up and takes you through a setup wizard to get you connected to your WiFi network.

Both the smartphone and web apps for the RainMachine are well-made. They are easy to use yet also offer tech-savvy users in-depth monitoring, tweaking, and customization.

In many ways, the RainMachine app is comparable to those of Rachio and Orbit B-hyve. That said, learning how to use the app might require a few rounds of trial and error.

Once you’ve familiarized yourself with it, though, setting up a basic program becomes a quick process. Touch the Settings icon, select Programs, then Add New Program. You can then set the frequency of watering, the start time, and the base watering duration.

The device automatically adjusts the watering time based on current weather conditions and season. The controls give you the option to select which of the 12 zones you want the program to apply.

You can also set two pre-programmed features. “Cycle and Soak” divides the watering duration into multiple cycles. This allows time for the water to soak, thus preventing run-off.

The “Delay Between Zones” option lets you set the time between watering zones. This feature is useful if your water system needs a few moments for pressure to build-up again.

While we did like the app, it’s less intuitive than those of RainMachine’s less pricey rivals. We were moreover disappointed to learn that the device doesn’t automatically create schedules. This – along with the its rather steep price tag – might make it a less appealing option for most consumers.

If you’ve ever used a hose timer, you know how frustrating they are to program. Most don’t have a display for visual feedback.

They also rely on crude buttons or dials to set the days and times you want the spigot to open. None of them have any intelligence onboard that tells them to skip a watering cycle if it’s raining.

That’s where Orbit B-hyve’s Smart Hose Watering Timer can make all the difference. Powered by two AA batteries, you program the timer with your smartphone.

You can also buy a kit that includes a Wi-Fi bridge that connects to your 2.4GHz home network. The bridge plugs into an AC outlet and can control multiple timers. It monitors their batteries and warns you when they’re low.

Programming the system with the smartphone app is simple. You can specify that watering should occur on weekdays, even or odd days, or on an interval. You can even create more than one program for each timer.

The app’s “smart watering” feature gathers a wealth of details about your landscaping. These include soil type, the plants you’re watering, and whether the garden is primarily in the sun or in the shade. The app will also account for the slope of the area where you’ve deployed your sprinklers.

Because the system is connected to the internet, it monitors local weather data based on your address. You can enable a “smart watering” feature that will prevent the valve from opening when it’s raining. Paired with Alexa, you can use voice commands to start or stop watering.

The Orbit B-hyve smart watering timer does not come cheap. The valve and Wi-Fi bridge set will cost you around $80. Each additional timer will cost you $40. But then it shouldn’t take long for you to recover that expense in water savings!

Do you use a smart watering system for your lawn and garden? Do you think it’s a worthwhile investment? 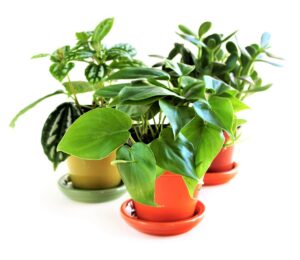 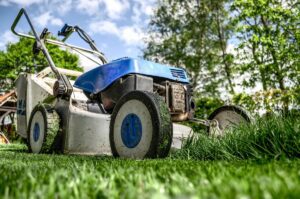 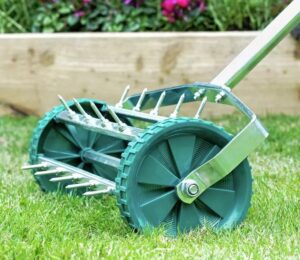 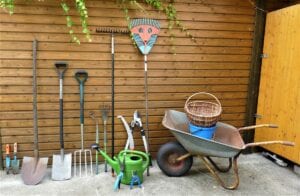 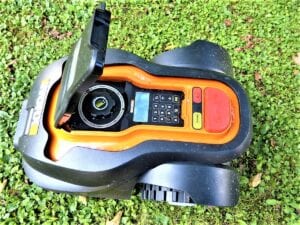