Getting Rid of a Pesky Pest: Bid Adieu to the Fungus Gnat this Winter!

It’s always a good idea to move your more delicate plants indoors during the winter. You not only shelter your wards from the cold weather outside, but you also add a lovely touch of green to your home’s interior.

Often enough, however, pests will hitch a ride on your outdoor plants as you bring them in. Those tiny black bugs that find their way into your home with your plants in winter are called fungus gnats.

Getting Rid of Fungus Gnats

Fungus gnats look like fruit flies and they are just as harmless to people, but they are a terrible nuisance. They fly around the house, get in your face, or else fall into your drink.

Even worse, fungus gnat larvae will feed on plant roots and tissue, creating wounds that make your plant vulnerable to all sorts of secondary infections.

Don’t let an infestation get out of hand. When you start noticing them buzzing around your plants, it’s time to take action.

Here are a few remedies you might want to try for a bug-free winter this year.

Allow the soil to dry out before watering again.

Because your plants require less water and fertilizer in winter, you can allow the soil to dry out completely before watering them again.

Fungus gnats thrive in rich, moist, dark soil. They’re likelier to breed and multiply when the soil is soggy and waterlogged.

Use less water on your plants. Make sure you’re not creating exactly the kind of moist environment the little bugs love.

If one of your plants is badly infested, you might be better off sacrificing that plant for the sake of your collection.

Fungus gnats will spread from one plant to another quickly. Be vigilant and decisive. If the infestation isn’t too bad, consider re-potting the plant.

To do that, simply remove the plant from its pot and use your fingers or a small brush. Gently dislodge as much soil as possible from around its roots. Give the roots a quick rinse and re-establish the plant in a clean pot with fresh potting soil.

Use garlic to control the infestation.

Use a spritzer bottle and garlic water to douse plants before – or during – an infestation. The natural repellent in garlic makes it perfect for keeping pests off plants and potting soil.

Garlic water is simple to make and easy to administer. You can spray the mixture directly on vegetables or on flowering plants.

The Old Farmer’s Almanac suggests an even simpler method. Just bury a clove of garlic in the soil of an infected plant to eliminate fungus gnats. If the garlic begins to grow then simply give it a trim.

Gnat larvae love raw potato, which makes potato slices an inexpensive way to measure the extent of the infestation and get rid of some larvae in the process.

Slice a potato to inch-sized blocks. Bury the pieces just beneath the soil surface. Wait 4 to 8 hours before you retrieve the chunks.  If the infestation is heavy, the potato slices will be literally crawling with larvae. Throw away the potato slices to get rid of the pest larvae.

Make your own sticky traps with honey.

Sticky traps are among the best ways to control fungus gnat infestation. They are an effective alternative to chemical sprays and they are often non-toxic. You don’t have to buy them, either. You can make your own.

Cover a brightly colored price of cardboard with a thin layer of honey.  Attach the card to a toothpick and place it on the surface of the plant soil. After the card begins to draw tiny black insects, dispose of it and repeat the process with a fresh trap.

The gnats will be attracted to the sweet smell of the vinegar. They will eventually find a way into the bowl, but they won’t be able to find a way out, according to Erin Boyle in an article for Gardenista.

The fungus gnat life cycle is quick, and they can quickly take over your entire interior plants if they are left untreated.

Most of the fungus gnats are female and can lay up to 300 eggs in the crevices of the soil, and the fungus gnat eggs will hatch into larvae within six days

Don’t fret, though. Each of the different methods described above will yield varying degrees of success. But you can use a number – or all – of them in conjunction to create a regime to completely eradicate an infestation. 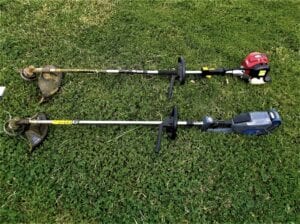 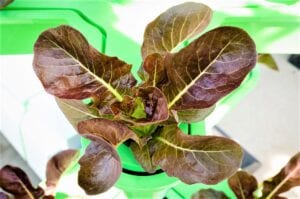 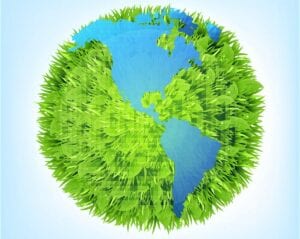 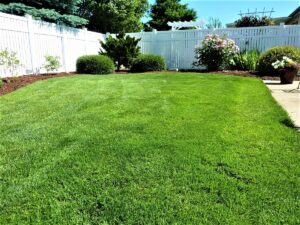 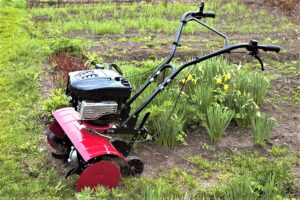 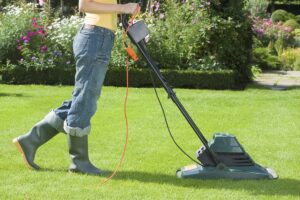 The Best Lawn Mowers to Buy for Spring, Summer, and Fall